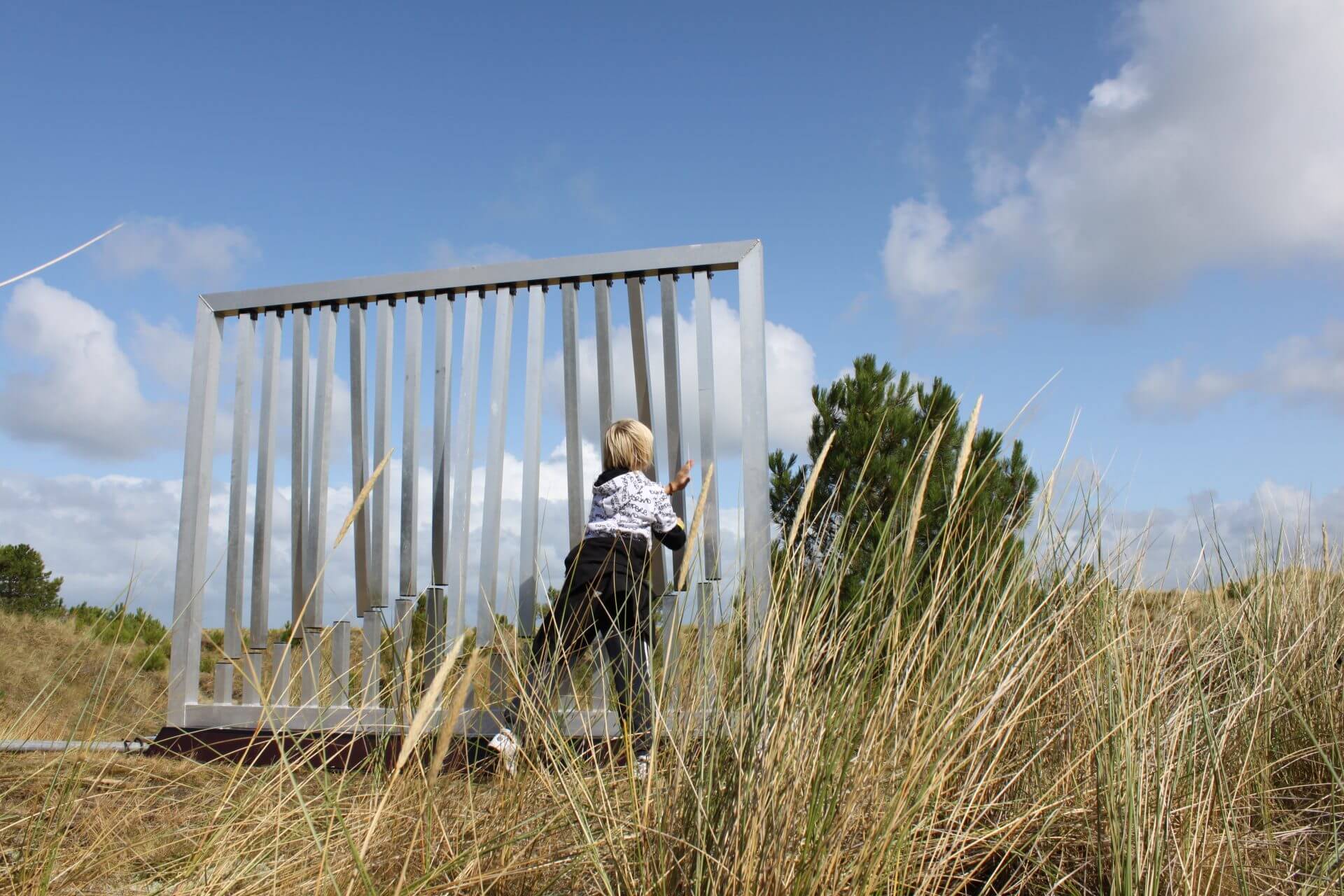 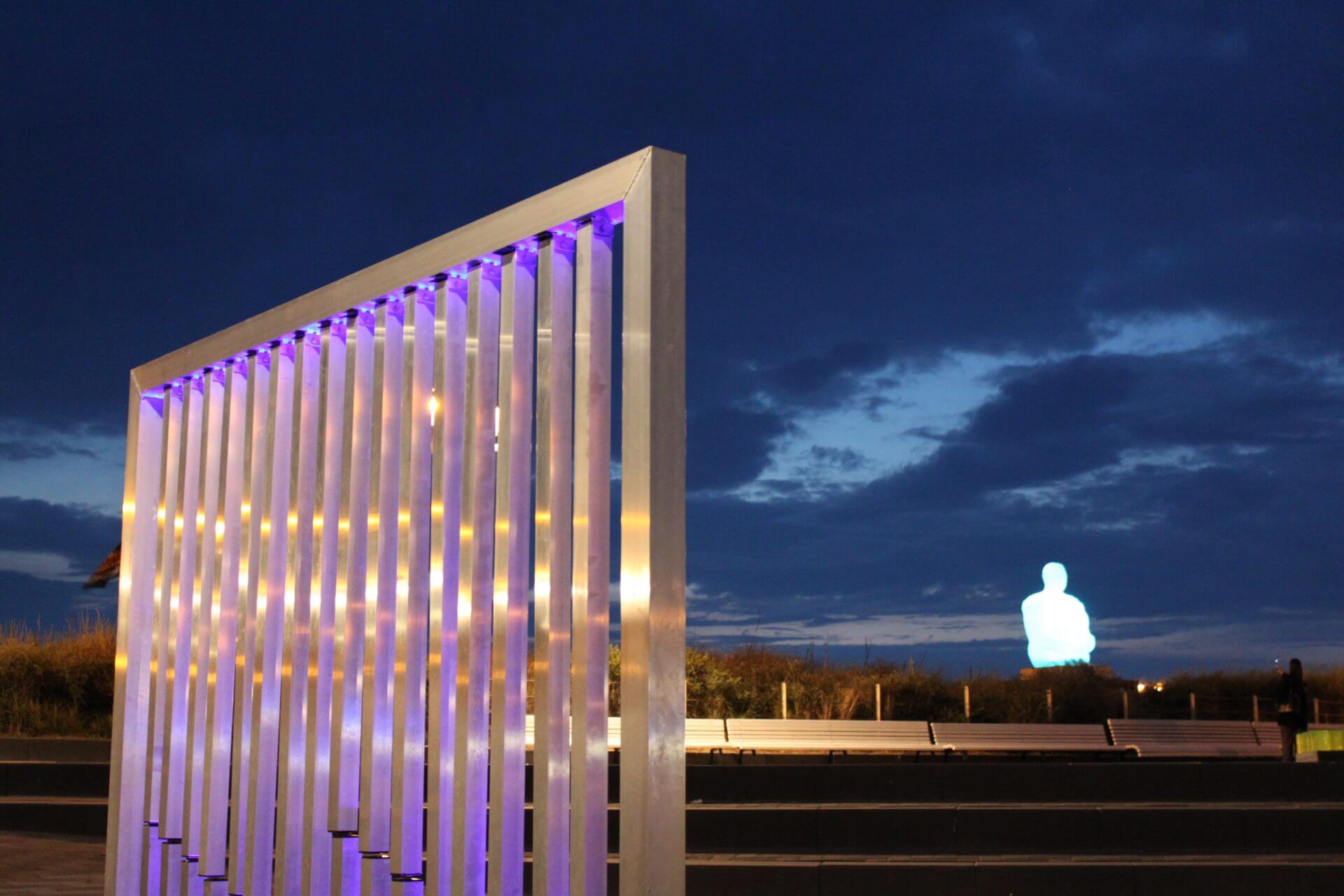 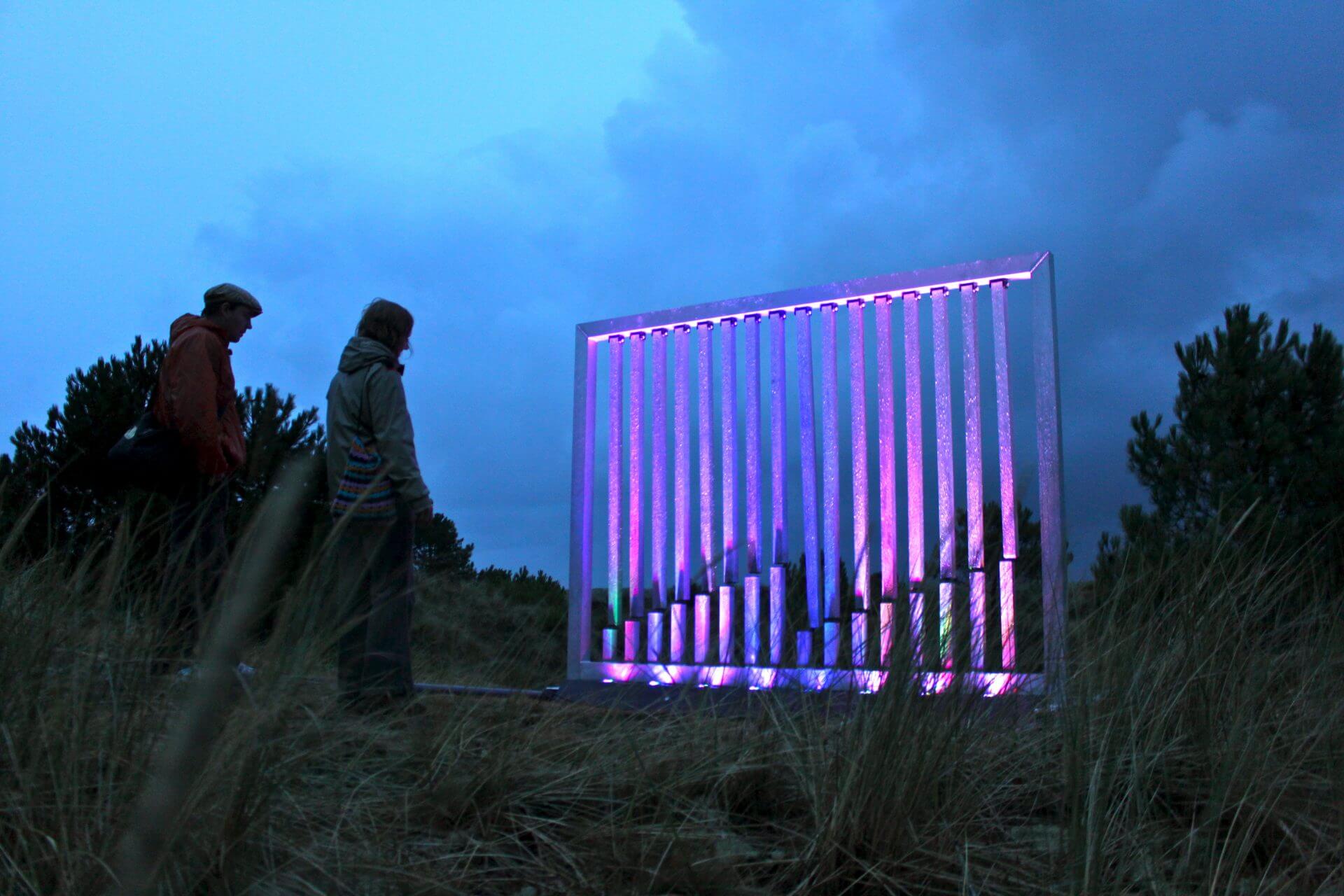 Windorgel is an unusual musical instrument that questions the role of a single player. It is an installation that combines elements of control, interaction and chance in creating unique, fleeting concerts.

The instrument does not require to be operated by anyone. It can either be played by the natural air movement or in conjunction with human agency. The music it creates is a result of an interaction, between the wind and the people. In this work Jonas Vorwerk not only gives his public a chance to create music but also allows them to engage in a spontaneous dialogue with the force of nature.

Playing with different elements of chance the Windorgel plays music that is neither a result of mastery nor of control.

This work is sold