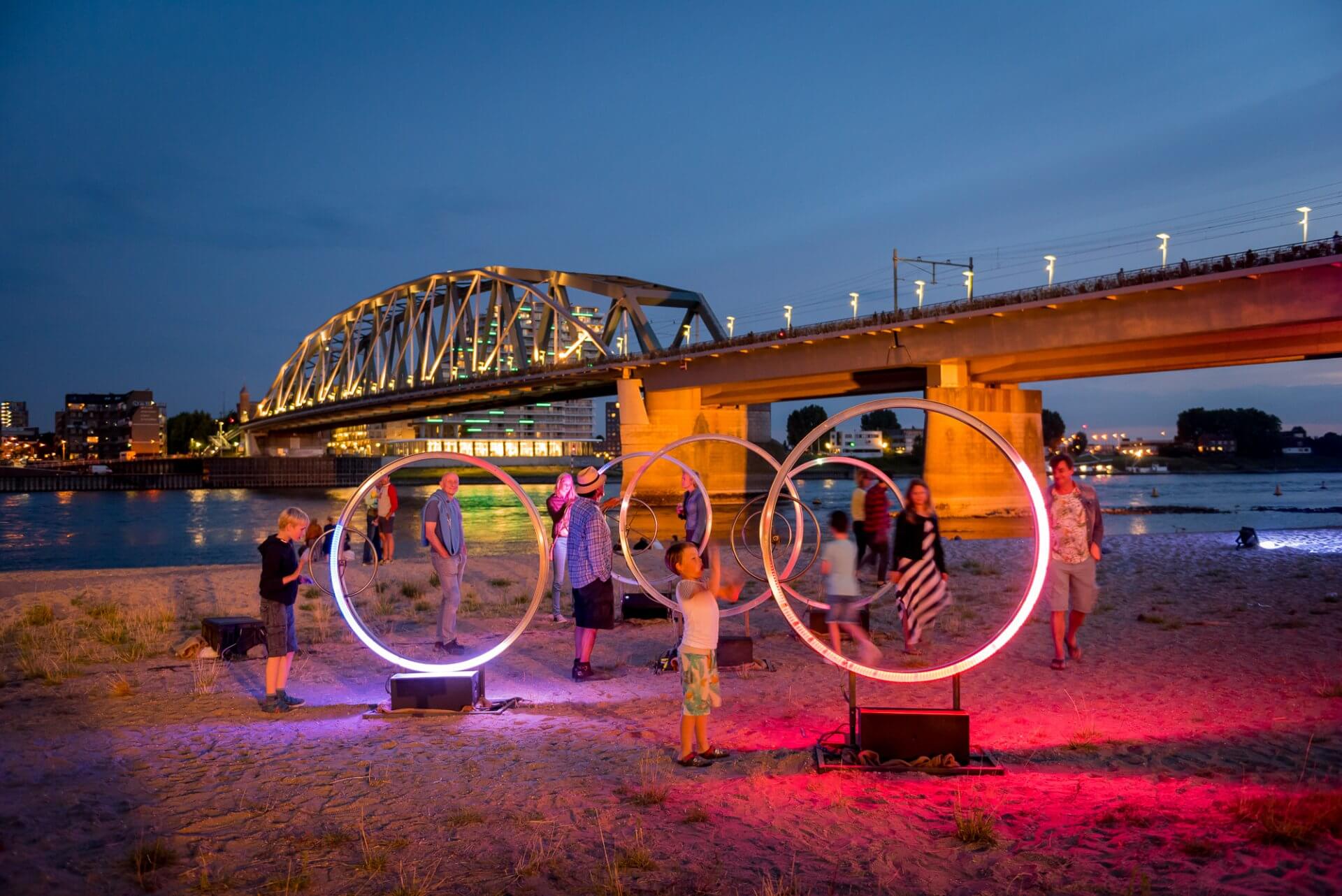 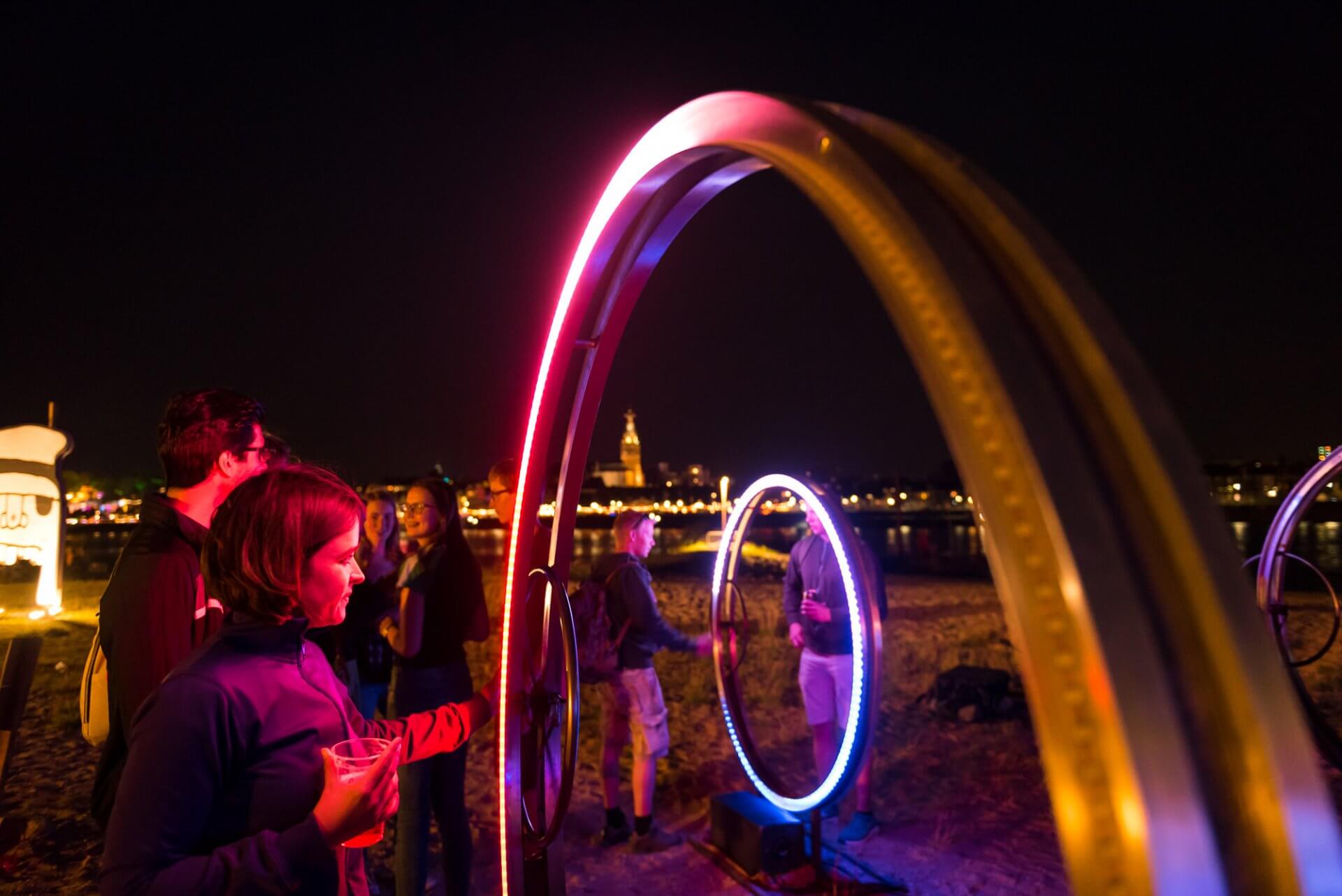 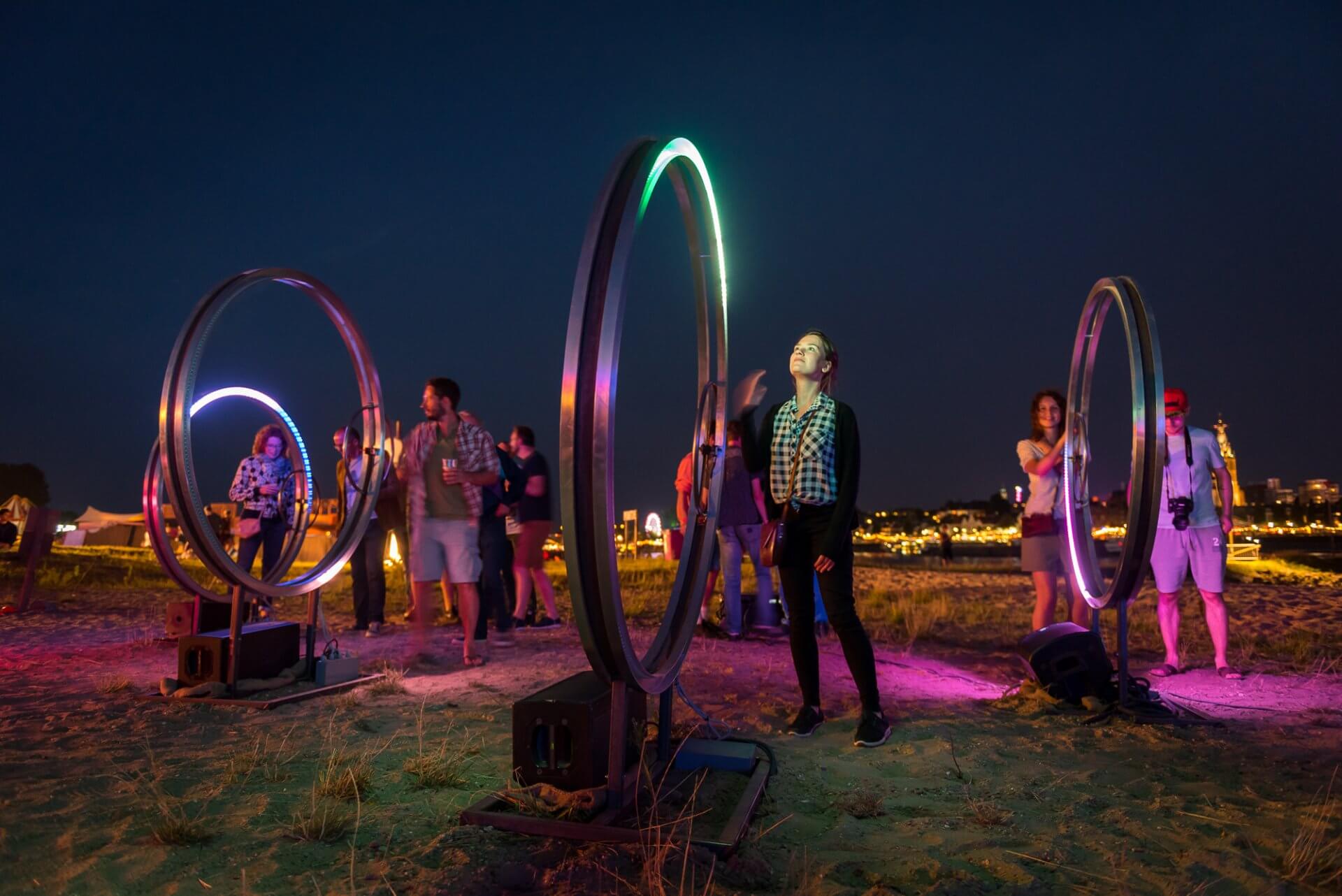 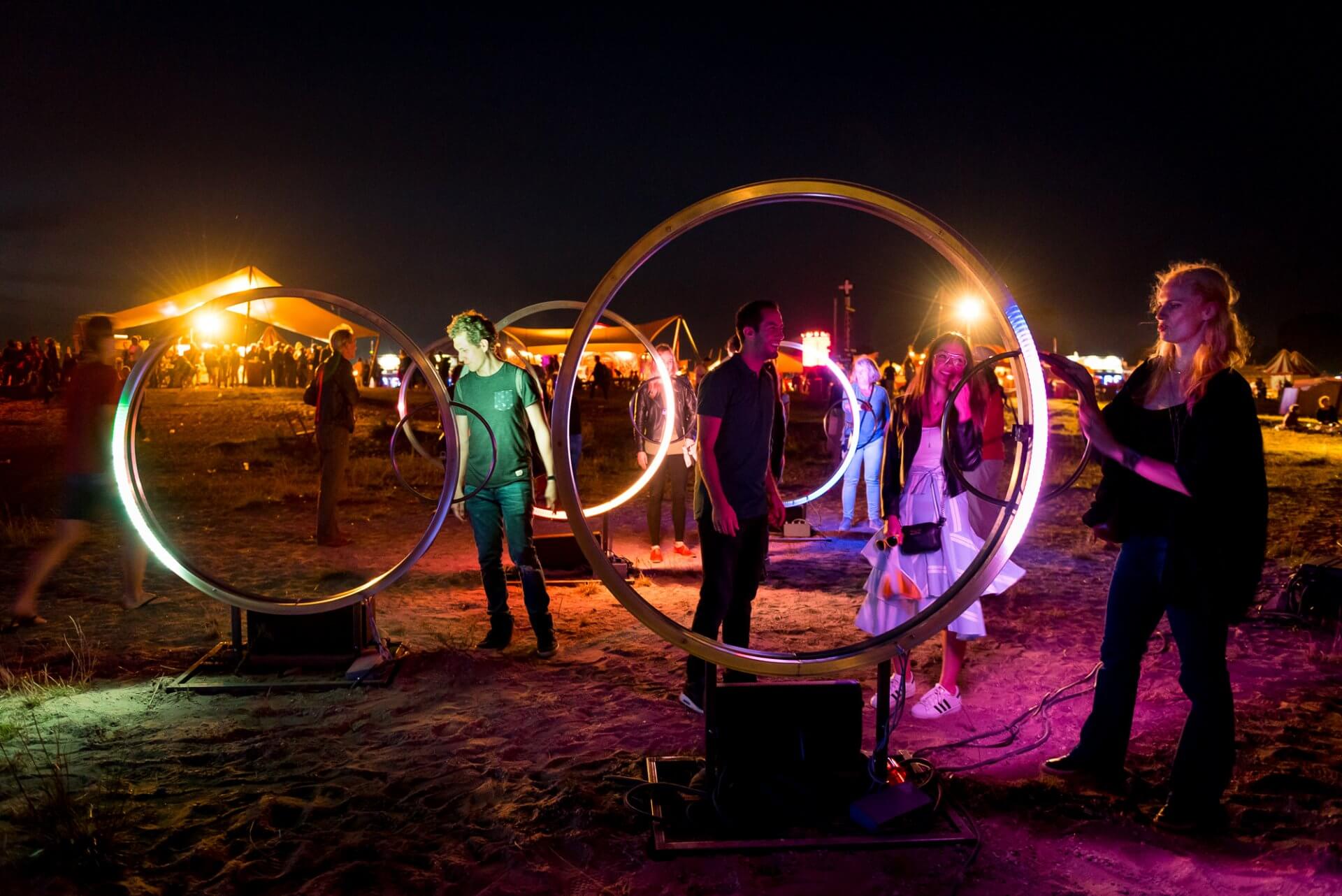 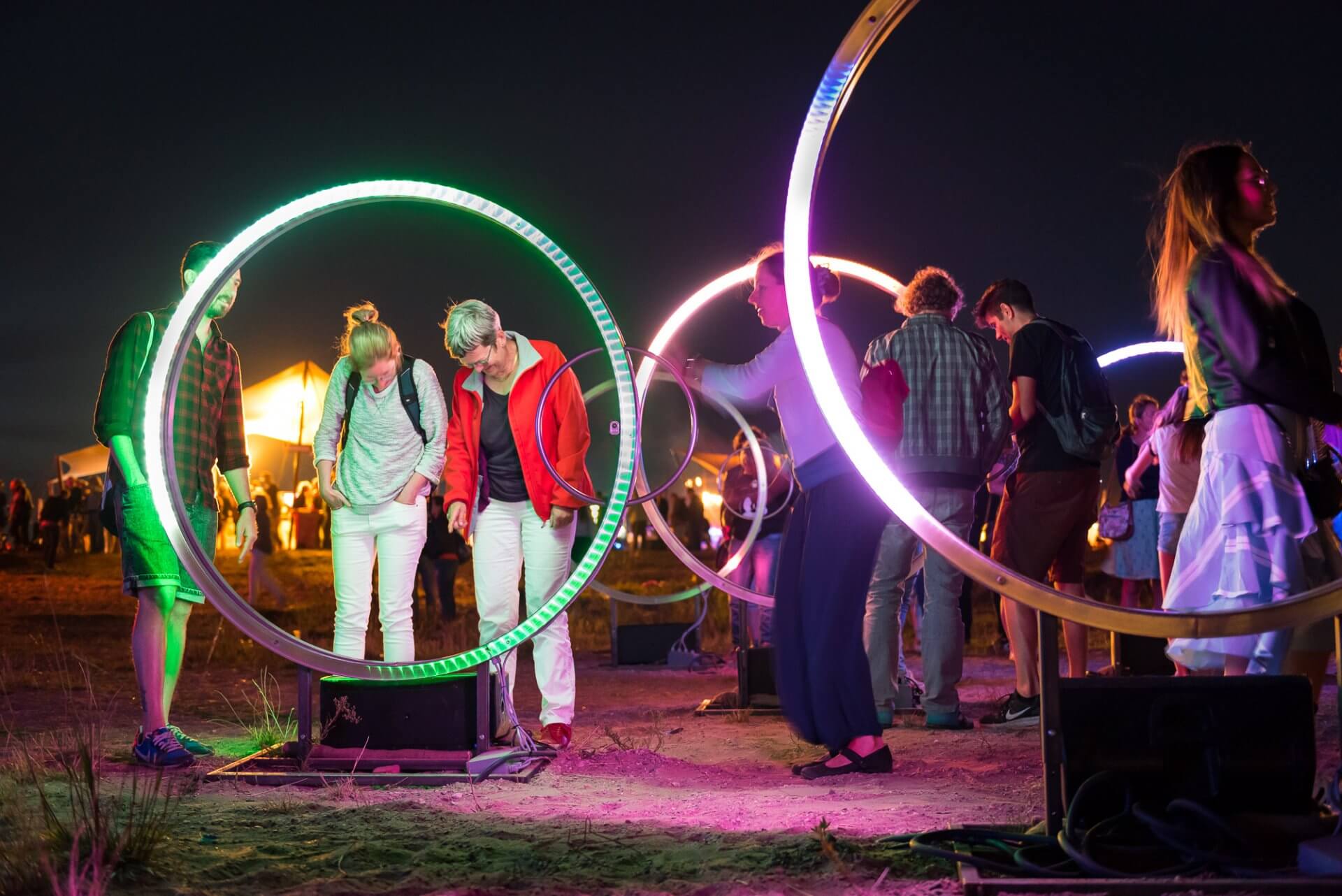 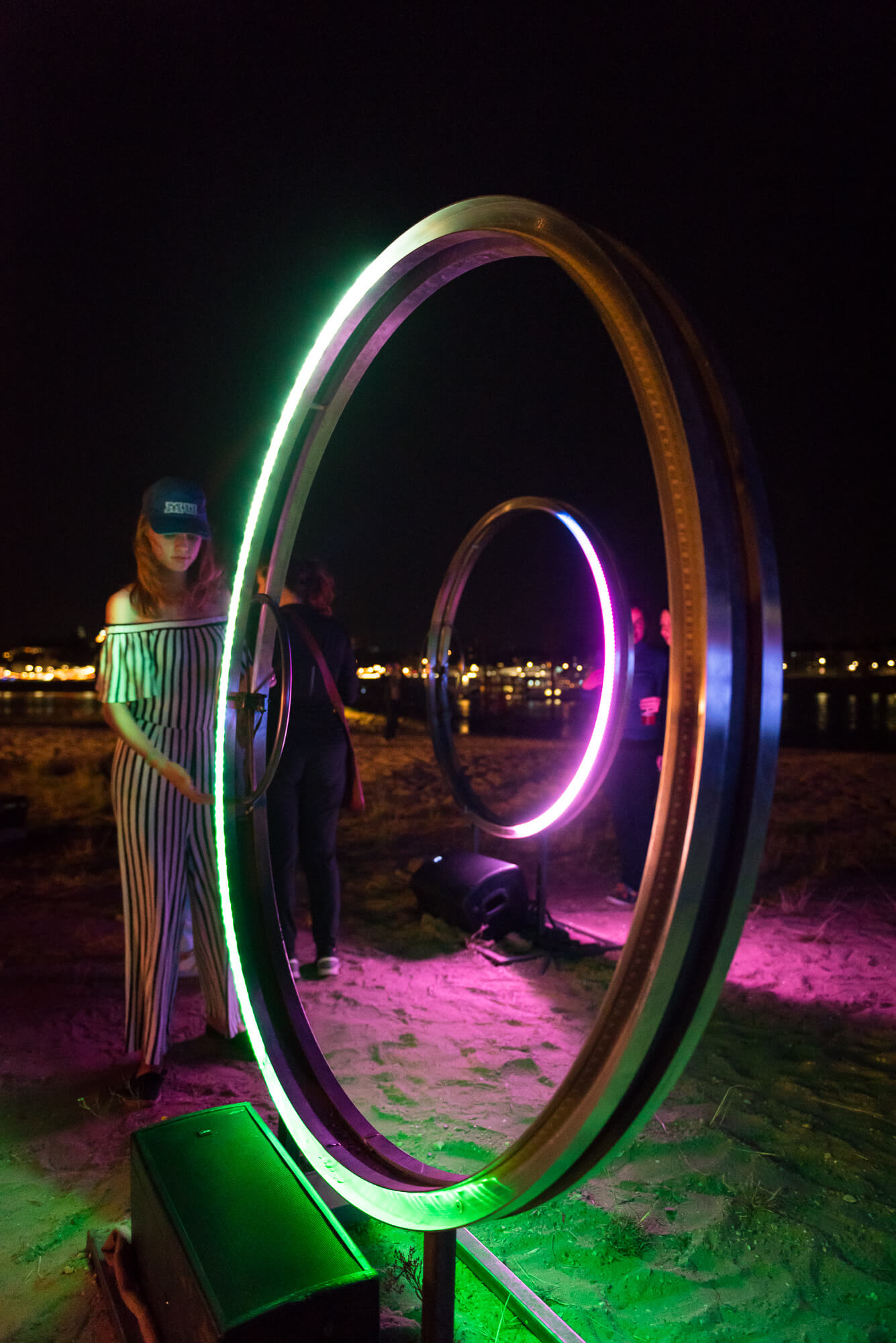 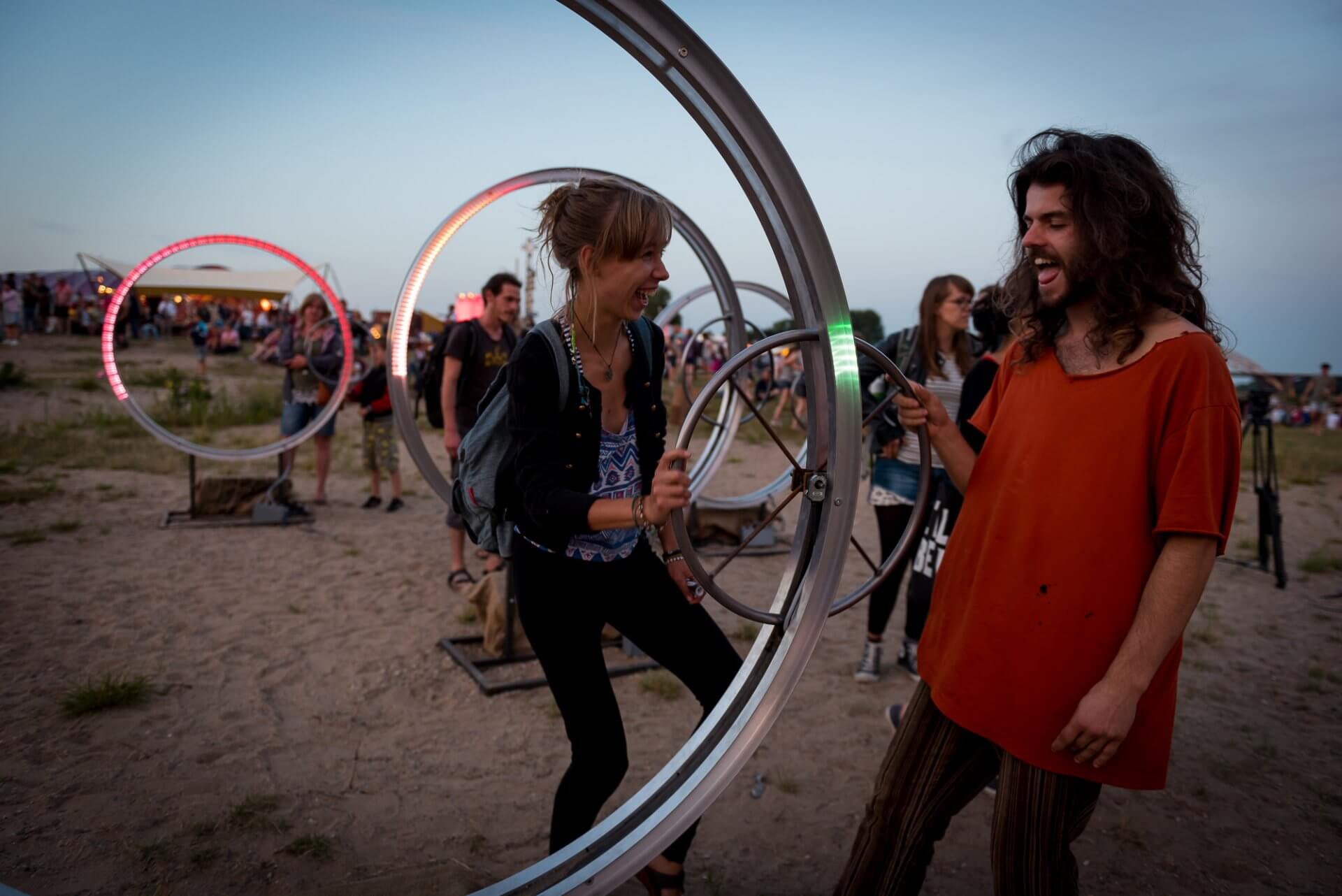 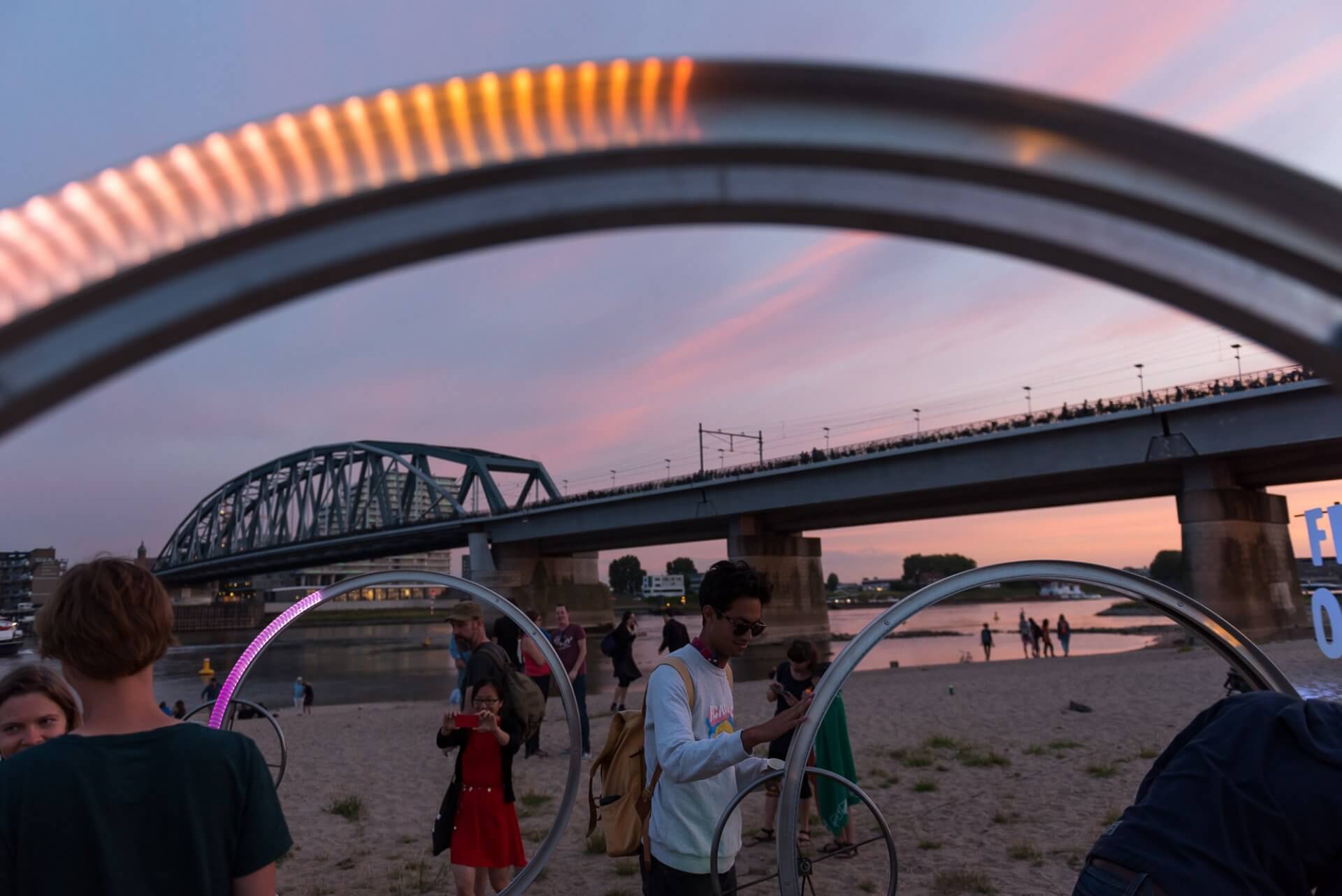 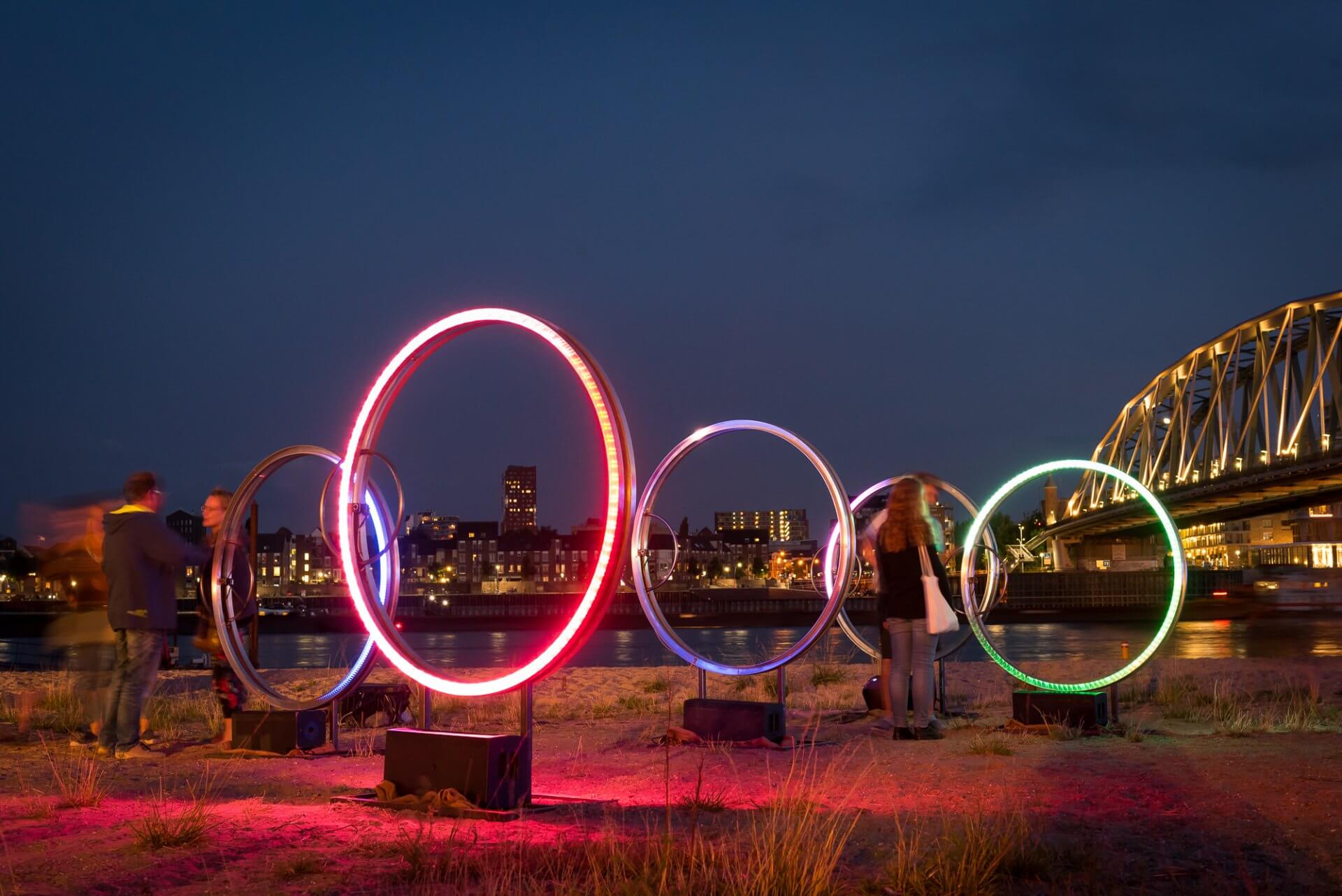 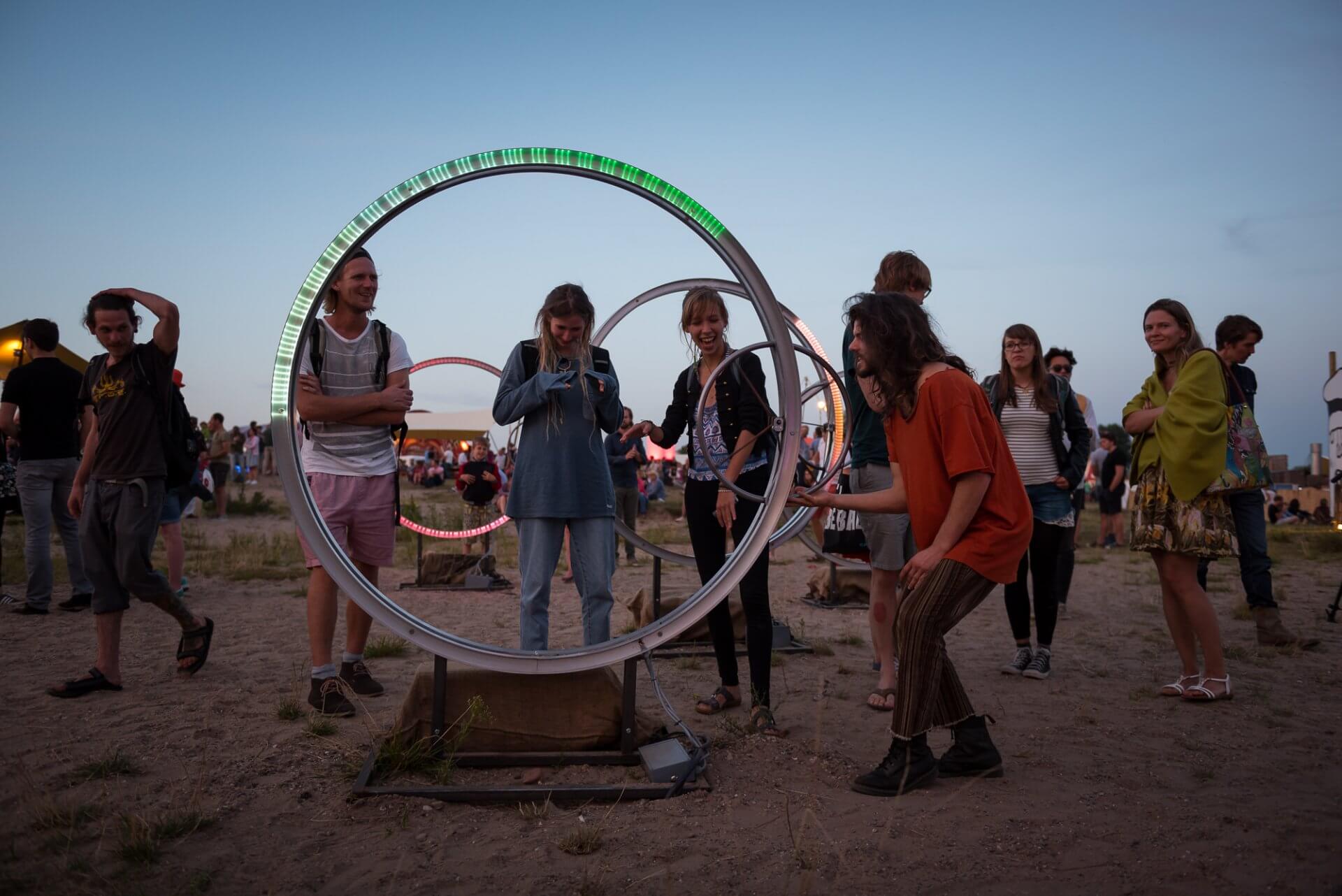 In Loops Jonas Vorwerk comes back to the idea of creating new spatial and collective interfaces for music making. A concept he has already addressed in earlier works such as the Lightbox Sequencer, Windorgel and Musical Forest, but this time focusing on a different aspect –  audio loops. Almost as if he was taking contemporary music apart, Vorwerk explores its elements in isolation and builds devices that introduce them to a wider audience.

This installation acts as a highly intuitive apparatus that allows anyone to play around with loop-based musical compositions. As it were Loops pay a tribute to the music lab of the 50’s and 60’s where experimentation with analogue magnetic tapes built the ground for modern music making. Vorwerk’s lab, however, is not an enclosed studio full of experts. It is out in the open, anywhere in the public space. His inconspicuous circular sound machines can be operated by anyone, and even though they are primarily digital their interface is purely kinetic and manual, allowing the user to quickly understand how to use them.

The speed and playback direction of the preprogrammed samples are manipulated by a steel controller-wheel. Its material properties such as weight and resistance consciously introduce a hand-operated element to sound control, at the same time making the artwork play with both the digital and the analogue realms. Its simple and elegant form together with vibrant light animations create a corresponding visual reflection of the soundscape lab created by the public and form an unusual audio-visual spectacle.

Play, learn, create and experience together

Artist in Residence at Chateau Ephemere