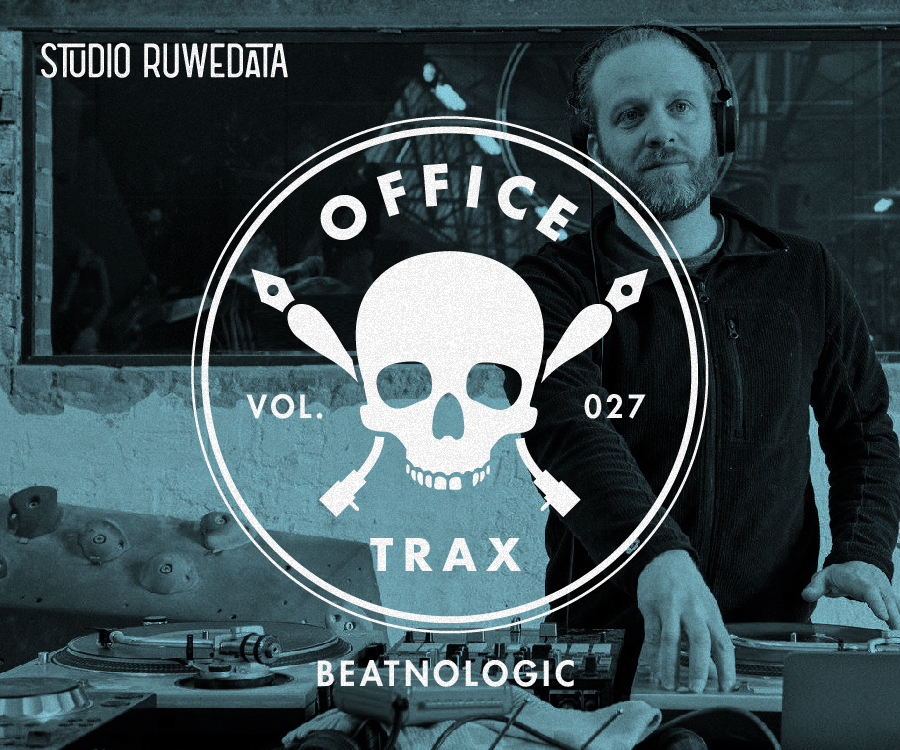 Office Trax is the new mixtape series from Studio Ruwedata where different artists are asked to comprise a mix with tunes of which they think are suited for a working situation. While one likes to listen to chaotic jungle, the other likes to listen to unending ambient tracks while working. This is exactly what we want to hear in this mixtape series, the artist’s own vision on ‘work music’. We want to hear what the artist listens to when he or she has to do a large assignment, when he or she is in the heat of the moment because of a deadline or what they listen to when they need to keep their mind at ease. With this approach, we expect a wide variety of mixes, which align with the different needs of the working people.

Beatno has been DJing for many years. He was part of the TICTOC and Lowriders Rotterdam crew known for its hiphop & beats events and founded Ghettoblaster Soundsystem nights in Rotown Rotterdam where he DJ’d for several years of hiphop soul and funk. His main music styles are variations of hiphop and trip-hop but his full range encompasses many styles and genres including UK funky, electro, house, juke and drum and bass. Beatno is a true mixmaster with amazing turntable skills who brings a lifelong passion for beats to every performance.