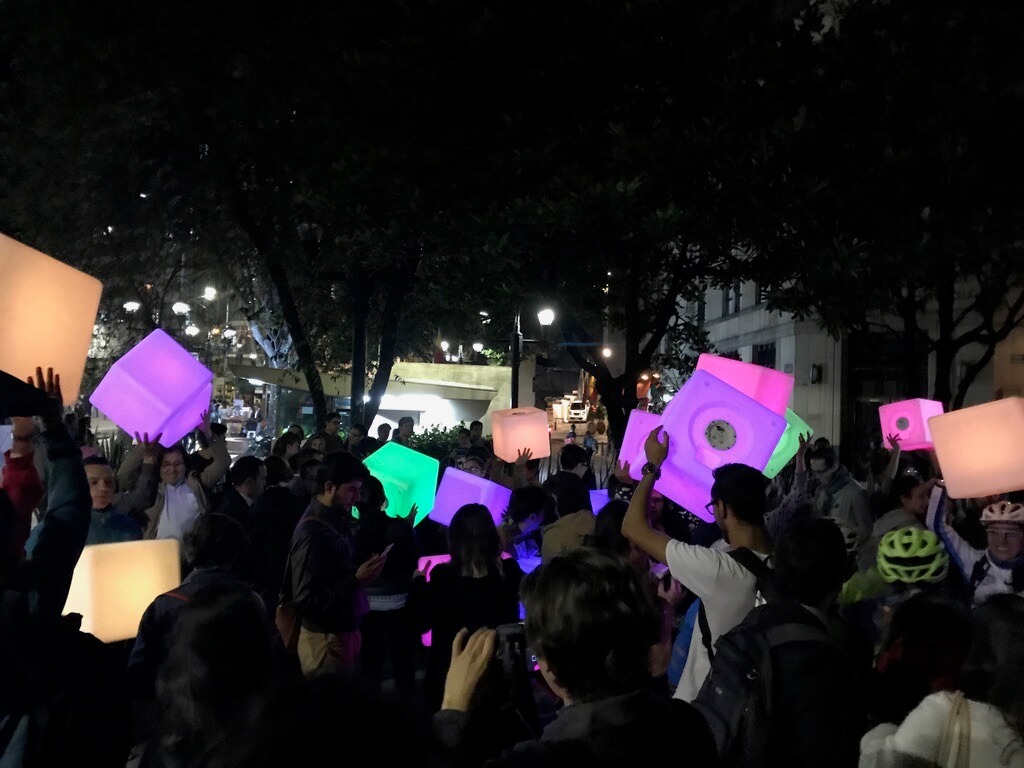 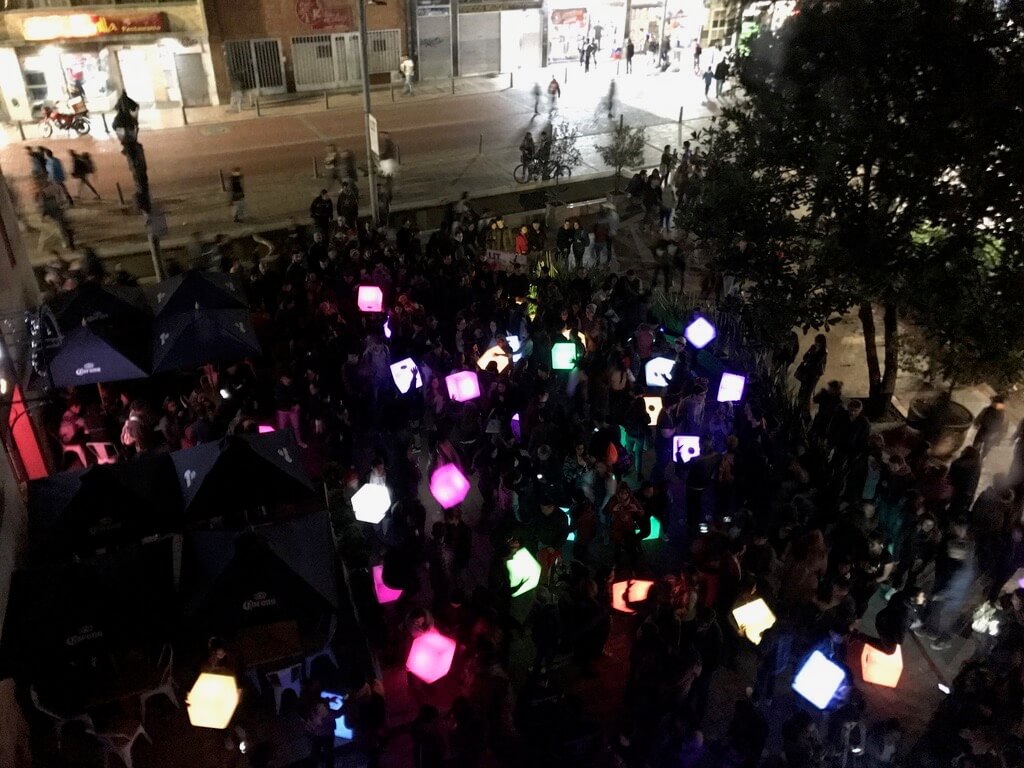 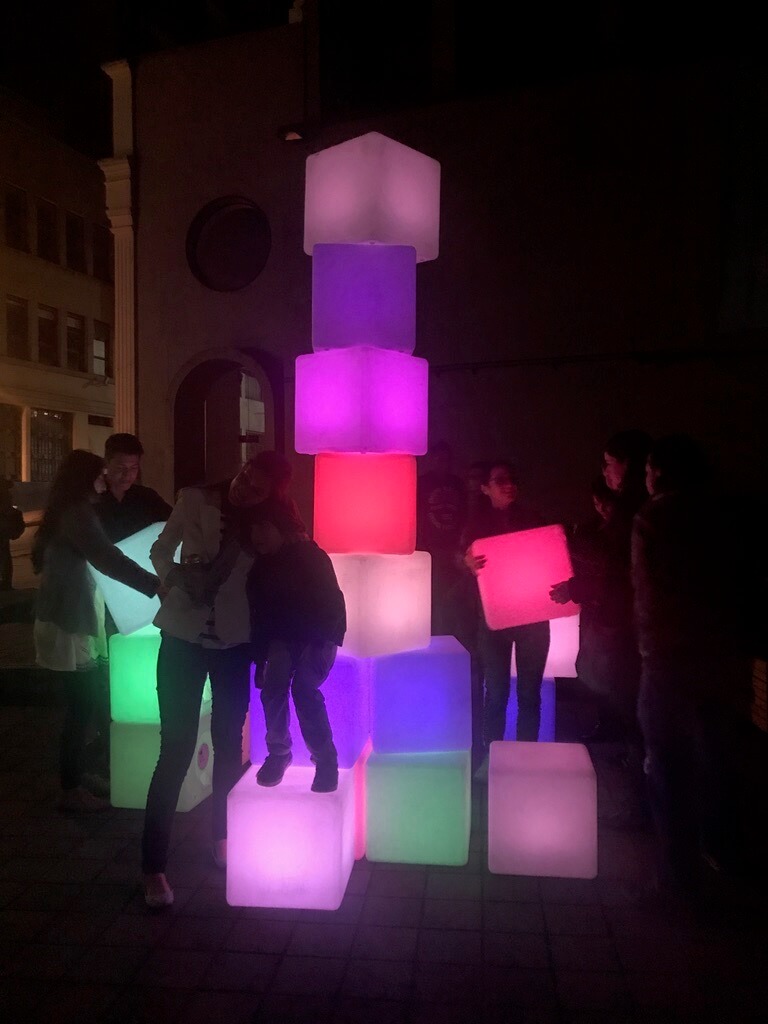 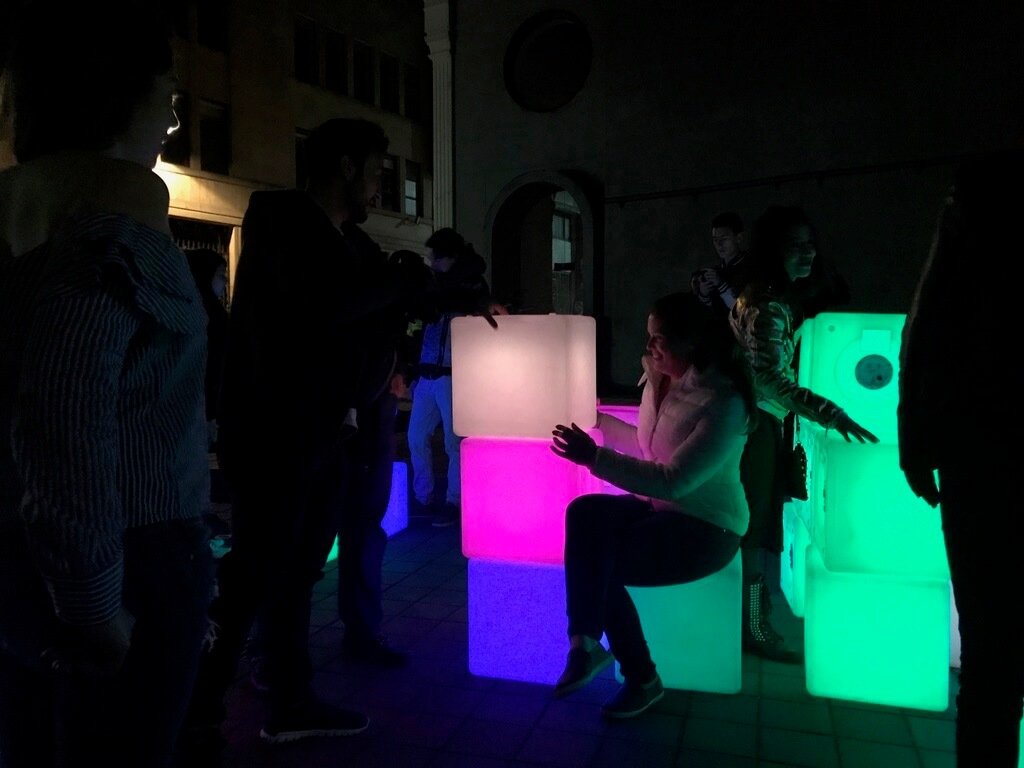 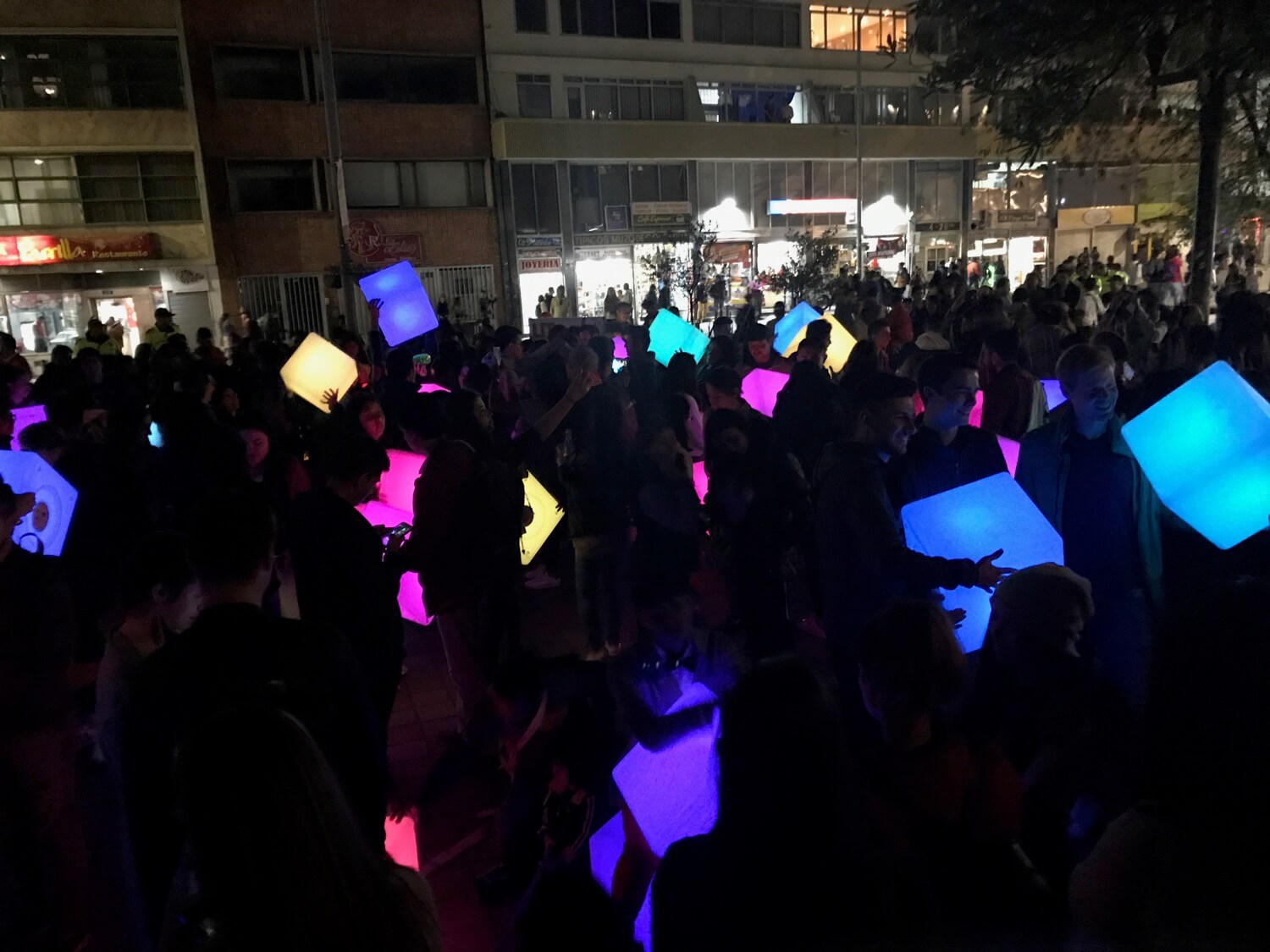 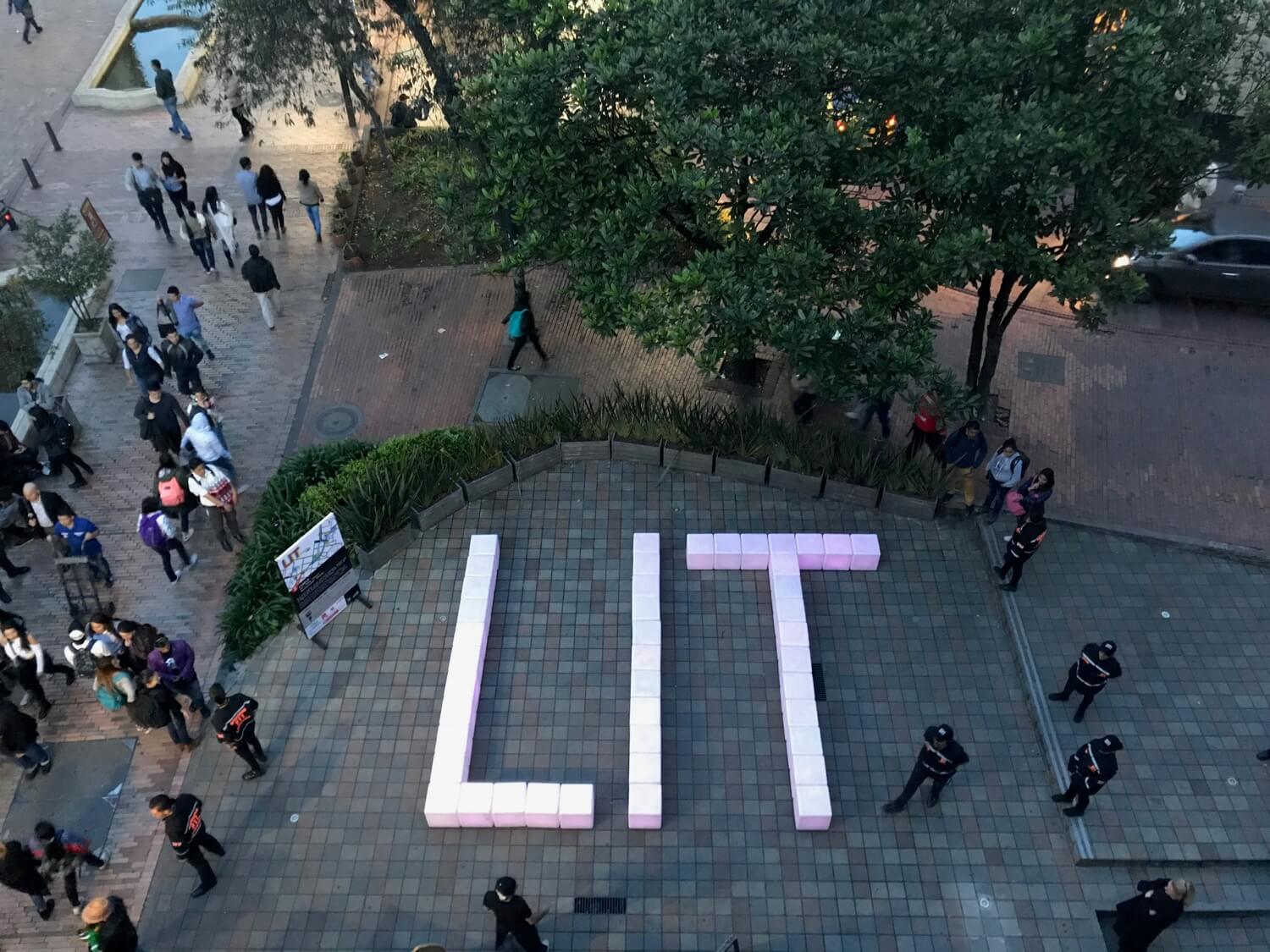 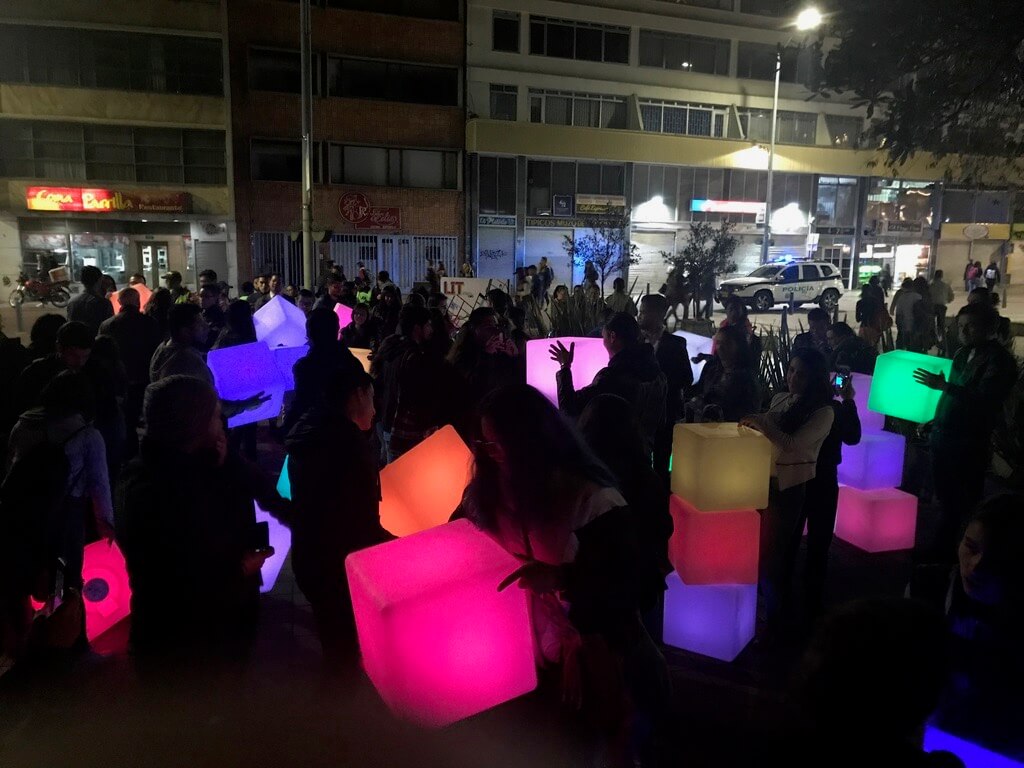 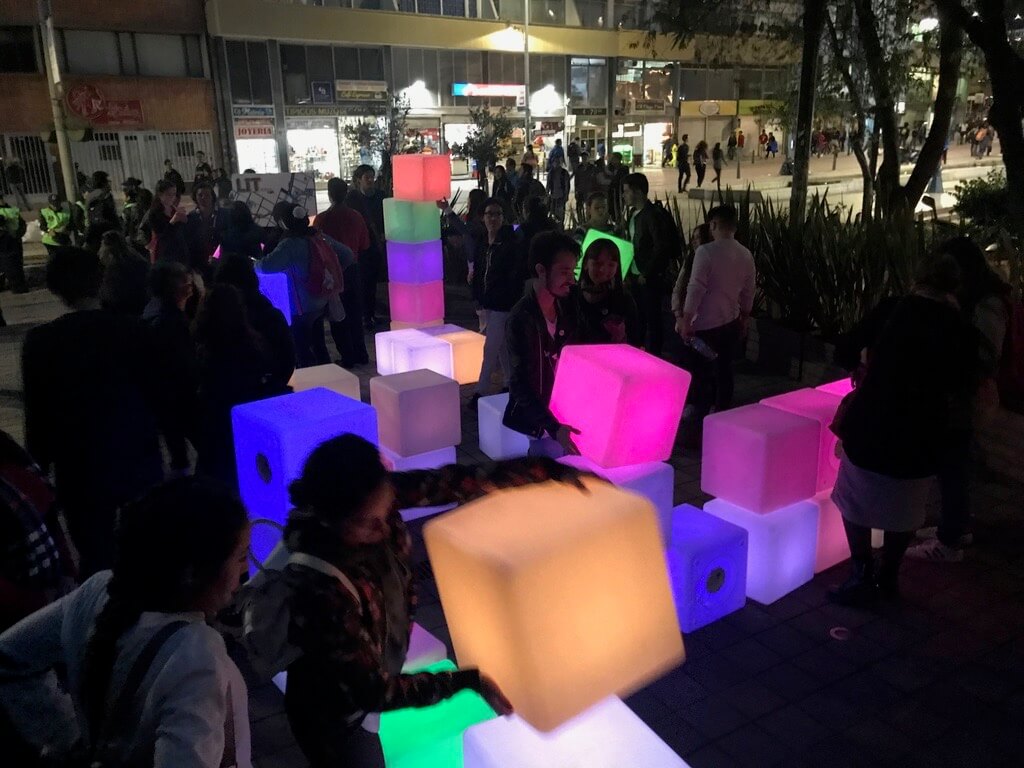 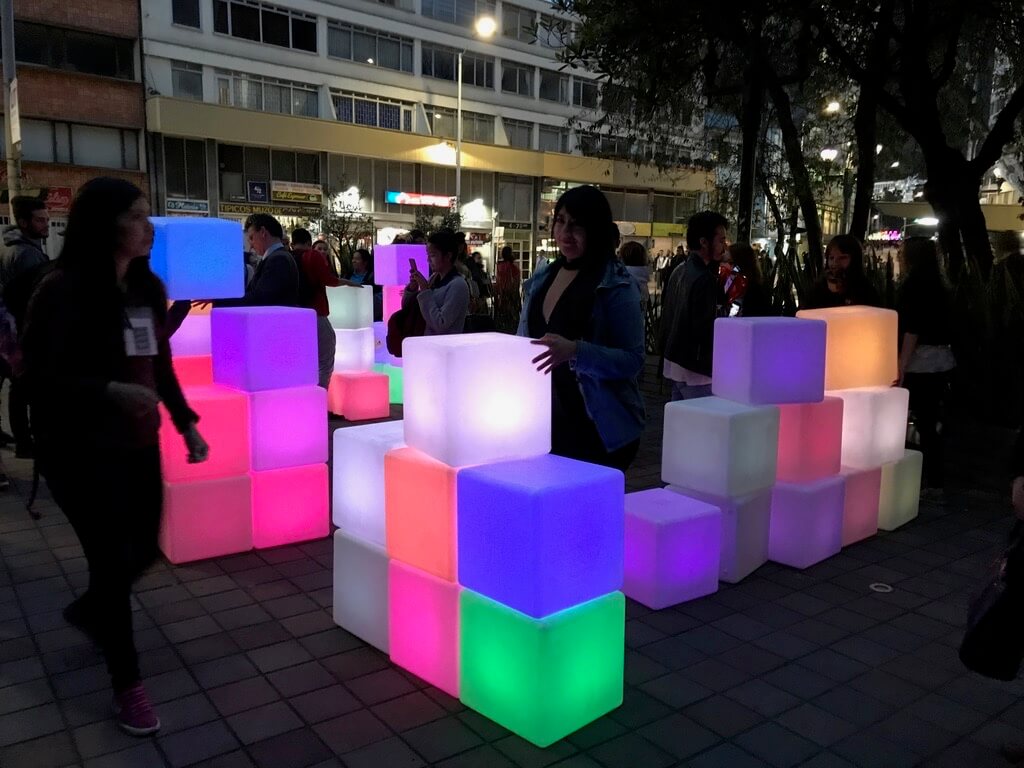 From 10 to the 13th of August we showed our improved “Pixels” artwork at the LIT festival in Bogota, Colombia. We developed a new set of hardware with new functions for the public to discover. We held several performances as you can see in the short Instagram movies. The public was overwhelming, more that 420.000 people visited the LIT festival.

Pixels is an interactive installation designed as a playful set of blocks that allow to create dynamic environments controlled by the public rather than the artist.

The installation is composed out of multiple LED-lit cubes, which can change the color and intensity by rotation. Pixels provide an open playground where everyone can create their own space, color and atmosphere by using the blocks to build sculptures, images or animations.

The pixel blocks are a tool that triggers both individual expression and collective exploration. Both are an integral element of the artwork that becomes complete through the multiple transient interactions with the public.

Pixels was developed in 2011 in collaboration with Yoren Schriever.